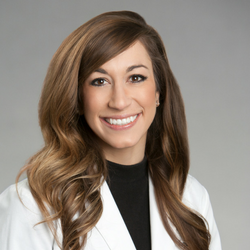 Every day, ten people die from asthma. It’s an alarming statistic from the Asthma and Allergy Foundation of America (AAFA), which has designated May as Asthma and Allergy Awareness month. More than six million children under the ageof 18 suffer from asthma. Five-year-old Colt Ferguson was one of them, until he began an allergy treatment that changed his life.

Colt spent his first two years on this earth in and out of emergency rooms, especially during allergy seasons. In fact, asthma is the third leading cause of hospital stays for children. Colt was diagnosed with allergy-induced asthma and when oak pollen peaked, his sensitivity to the allergen would cause the airways in his lungs to constrict, making it difficult for him to breathe. Given his young age, treatment options were limited at the time. Every day, his mother Chrissy would mix Singulair granules, an asthma and allergy medicine, in his apple sauce. She’d also use a nebulizer treatment each day to help Colt breathe. Both were temporary fixes to a chronic problem.

“He’d wake up in the middle of the night and his eyes were swollen shut,” says Chrissy Ferguson. “He was miserable. We couldn’t sleep train him as a toddler either,since we were always treating him during the night.”

Desperate to find relief for her son, Chrissy began to consider an option she was initially skeptical about, since nothing seemed to work for Colt. When he was two, he began taking oral allergy drops to treat his severe allergies.

“After three months on the drops, we weren’t doing breathing treatments anymore,” says Ferguson. “Then we got him off the Singulair after about six months.”

According to Aspire Allergy & Sinus’ Dr. Chris Thompson, allergy-induced asthma is the most common type of asthma in the United States. “Allergies and asthma often occur together,” says Thompson. “Many of the substances that trigger allergies can cause asthma.”

Today, as greenish-yellow dust pollen blankets practically everything in the Texas Hill Country, Colt nolonger has to stare out the window as neighborhood friends play outside. He can actually join them.

“Three years ago we wouldn’t consider going outside during oak pollen season,” says Ferguson. “Now he drives his little four-wheeler around outside.”

Thompson says allergy drops have had a profound effect on his patients with allergic asthma. “The drops can eliminate their need for long-term asthma medications,”says Thompson. “It’s life-changing.”

Throughout May, Aspire Allergy & Sinus will devote the month to educating more people about Asthma and Allergy Awareness. Many asthma-related sicknesses and even deaths are preventable with proper treatment and care. Recent studies have shown that infants as young as four months old can benefit from allergy drops. Colt, who’s now five years-old has a couple of years left on the drops before his body should develop enough immunity to no longer need treatment. His mom says three drops a day are nothing compared to the alternative.

“Don’t wait,” says Ferguson. “If we could have done this earlier, we wouldn’t have spent so many sleepless nights in the ER.”

Kristen Malone, PA-C, graduated from Butler University with a Master of Physician Assistant Studies. She has spent several years as a Physician Assistant in pediatric surgery. Given her personal experience with allergies, she enjoys helping patients manage their allergies with innovative treatment solutions, and therefore optimize their quality of life.

Oral Immunotherapy Made Halloween a Possibility For Oscar