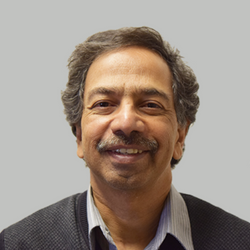 The Ultimate Guide for Allergies in Pueblo, Colorado

Pueblo, Colorado is known for its beautiful nature and outdoor activities, including Lake Pueblo,  Pueblo Mountain Park and so much more! Like most large cities in Colorado, there's many outdoor activities to take part in. Unfortunately, many people who live in Pueblo also suffer from seasonal allergies. This makes it difficult to enjoy the outdoors like you want to. If you're suffering from seasonal allergies or year-round allergies, this article is for you! Here we'll talk about common symptoms of allergies in Pueblo, what causes them in the first place and how to treat them for good!

How long is the allergy season in Pueblo, Colorado?

Pueblo’s climate and lush vegetation creates the perfect environment for trees, weeds and grass to grow all the time. This can make allergy season to be lengthy especially if you’re allergic to all three. Pueblo allergy season begins in February and begins to die down in November. Allergy calendars are a great way to be on top of which allergy season is up next!

The timing of your allergy season may be different depending on where you live in Pueblo. If you live near the Arkansas River that flows right through the center of Pueblo, you might benefit from being by the water, then your allergy season could be shorter than someone who lives further inland.

What are common allergy symptoms?

Common symptoms of an allergic reaction include:

If these symptoms look familiar, it might be time to get it checked out. Taking an allergy test to figure out what you’re allergic to is your best first step.However, for allergies in Pueblo and other outdoorsy towns, it can be difficult to avoid being outside. Allergy symptoms can last weeks, don’t waste away your life feeling bad, get treated and say goodbye to your allergies forever!

What are the worst allergies in Pueblo?

While the trees and mountains are certainly what make Colorado earn its nickname of “Colorful Colorado”, they’re also a big reason as to why allergies in Colorado are so bad. Tree pollen is the most common seasonal allergy, and it's a big problem in Pueblo. It's spread by wind and can cause symptoms of allergy during spring through summer months.

Grass pollen is the most common allergen in the United States and a major trigger for hay fever, and asthma. While you may think of spring as your worst season for allergies (because it's when trees and weeds are flowering), the truth is that grass pollen causes most allergic reactions from March to May. This is called "grass pollination season." Grass pollen counts can increase dramatically during this time.

Weed pollen tends to be worst during August, but can peak during any time of year if it's dry and windy outside. It's also worse on afternoons with little or no precipitation.

There are several options available for easing symptoms such as swelling eyes or sneezing fits. For many people who suffer from allergies in Pueblo Colorado, relief comes in the form of medication or allergy shots. At Aspire Allergy and Sinus we offer a variety of treatments to find what will best work for you! Our allergy clinic in Pueblo is right in between the heart of Pueblo and Lake Pueblo, servicing the neighborhoods of Sunset, Regency and Sunnyheights! Dr. Ganapthy Bala is a board certified allergist and has over 40 years of experience treating allergies in both adults and children in the Pueblo area!  If you’re in the Pueblo area and looking for complete allergy relief, be sure to book your appointment!

Allergies are miserable. The best way to deal with them is to know what you're allergic to and begin treatment. Allergies can be treated and managed, but once they've taken hold of your body there's no going back until the allergy season has passed. Don’t wait until you're feeling bad, book your appointment online and cure your allergies for good!

What's The Difference Between An Allergist and An ENT?

What Are The Top Allergens In November Across The Country?

What Are The Top Allergens In October Across The Country?