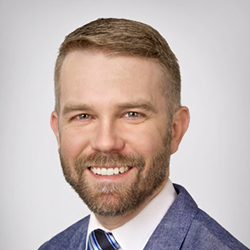 Are Food Allergies Getting Worse?

When I was a kid it was unheard of for one of myclassmates to have food allergies. None of my peers remember this happeningwhen we were kids. Nowadays food allergies are not in the majority of kids, but it does feel morefrequent. Instead of a school having a few children with food allergies, eachclass has a handful.

It feels like food allergies in children issignificantly increasing, and for the most part, that’s true.

Sowhy is this happening?

One of the reasons can be attributed to genetics.As generations have developed allergies, they are passing them on theirchildren. According to AllergyUK, a child’s risk to allergies is doubled if oneparent has an allergy. This risk is raised to 60%-80% when both parents have anallergy.

There is also a common theory that our cleanlinessas a society has led to us becoming more vulnerable to allergies. Children areless exposed to animals, dirt, and above all, germs which actually train ourimmune system to behave normally. Too much cleanliness might suppress thenatural development of the immune system.

The theory may also explain why kids are more atrisk for food allergies. It has taught us to focus on training the immunesystem very early on to avoid developing allergies. An example of this theorybeing put to work is the recent studies done on peanut allergies with infantsexposed to peanuts. These studies have shown that infants could be less atrisk to a peanut allergy when they’re exposed to peanuts early on and whentheir mothers eat peanuts during pregnancy.

Another reason that foodallergies seem to be on such a significant rise is because of the increasedawareness. There are numerous organizations like FARE and FAACT that haveincreased the awareness of what food allergies are and how scary they can be.These groups, along with movements like The Teal Pumpkin Project, do a great deal inspreading the word about food allergies.

How to Avoid Food Allergies During Hanukkah

Why I Gave Up My Favorite Candy Bar in the World